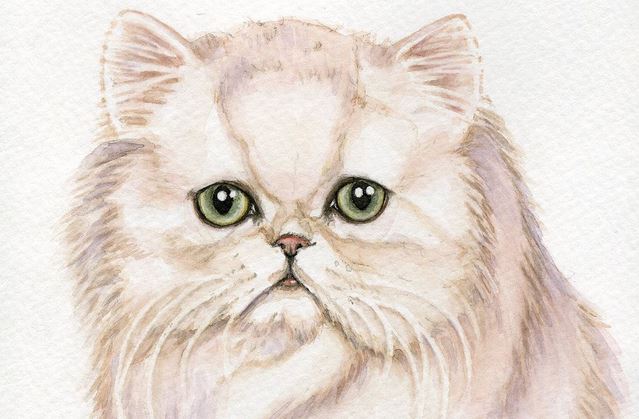 The elegant flowing coat of the Persian cat has helped this fancy feline find himself as a muse for animal loving painters and photographers the world over. The 19th century portrait titled ‘My Wife’s Lovers’ was recently sold for over $820,000 at auction, and is reportedly the worlds biggest cat painting. The picture belonged to a philanthropist who paid for an artist to immortalise her many Persian and Turkish Angora cats. 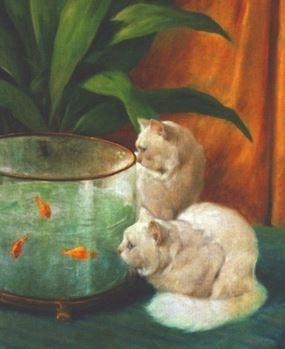 Arthur Heyer was a German-Hungarian painter who loved painted animals (and famously Persian cats) at the turn of last century. He loved to paint Persian and Turkish Angora cats in their natural habitat, and some of his paintings, including the very famous ‘Two white Perisan cats looking into a goldfish bowl’, have been internationally praised. His passion for cats was so strong, that he was nicknamed ‘Cat-Heyer’ by friends and art enthusiasts. 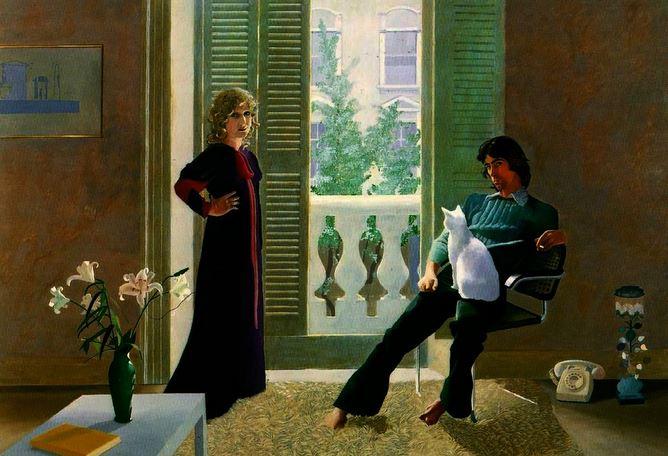 One of David Hockney’s most famous portraits was that of his married designer friends Celia Birtwell and Ossie Clark along with their Persian cat ‘Percy’. The portrait is full of symbolism, and the Persian cat plays his part in the image. Percy the cat does not look at the artist, but instead stares out the window representing the unspoken infidelity and envy that later plagued this marriage.

As the internet has proven to us, humans adore pictures of cats. Persian cats are the epitome of elegance within the cat world. Some of the worlds most important painters have utilized cats as subjects or props in their paintings, and this is especially the case in portraits of children commissioned in the 19th century. These glamourous felines reign supreme as the most popular choice for animal artists.